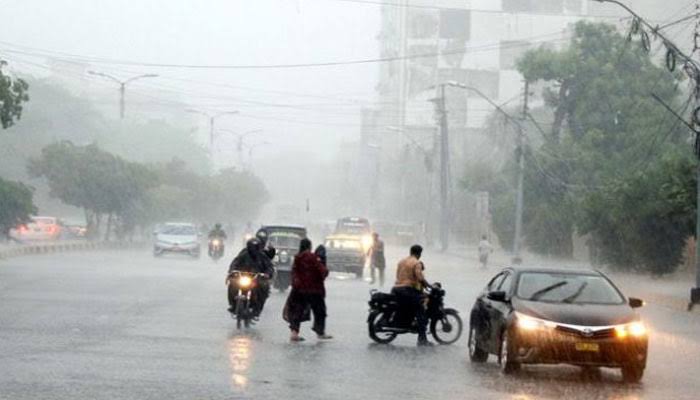 The Pakistan Meteorological Department (PMD) has forecast light rain in Karachi on Sunday evening after a westerly weather system entered the country from neighbouring Iran led to heavy rains and snowfall in Balochistan, reported The News!

“Light rain is expected in Karachi on Sunday evening or night through a westerly disturbance that would cause rains in most of the Sindh province. This system is already resulting in heavy rains and snowfall in the Balochistan province,” Anjum Nazir, a spokesman for PMD in Karachi, said on Saturday.

Like other parts of the country, the port city is also in the grip of a cold wave although the temperature in the metropolis remains pleasant as compared to other cities and regions of the country, Nazim said.

The official added that despite gusty cold winds, the minimum temperature remained 12°C on Friday night, while maximum daytime temperature was 24°C.

“Cloudy/partly cloudy weather is expected on Sunday in Karachi with chances of light rain. There would also be cold winds, but their gust would be lesser than what it is today.”

David Backham once again joins Manchester united for a good cause