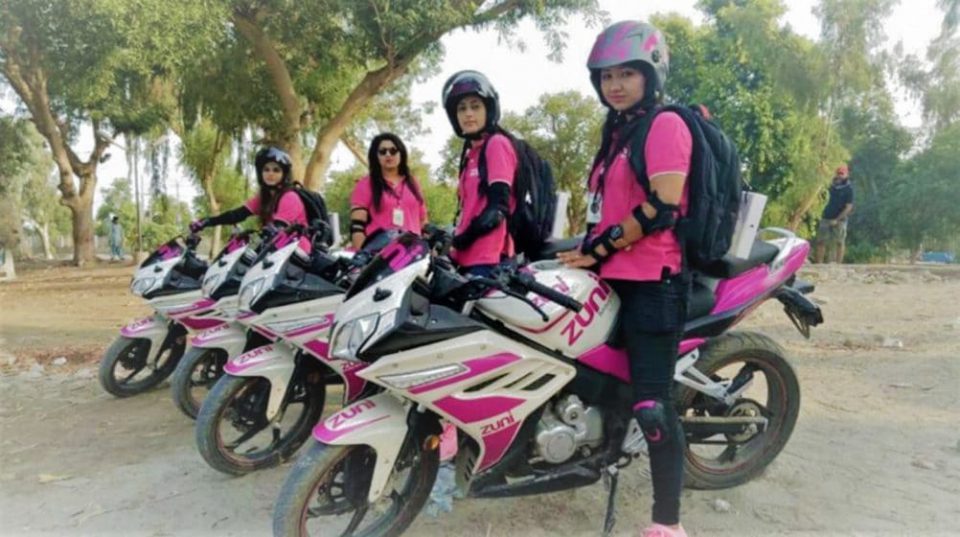 Late last year, an initiative called Women on Wheels was launched in Karachi that aimed to teach women how to drive motorbikes. The program was a success and saw hundreds of women apply and learn how to drive a bike.

The program has borne fruit as media reports say that the Traffic Police Karachi Clifton branch has started issuing motorcycle driving licenses to women. The license will help provide them with greater mobility and an alternative means of transport.

Ramsha, who got her motorbike license, says that now she will be able to drive both a car and a bike, adding that her advice to other women is that they too should learn to drive a bike.

Another woman said that this license will help provide her with an alternative means of transport and she will not have to rely on rickshaw or ride-hailing apps to move about the city. She was exuberant that she had passed her exam.

Madiha, a mother of two daughters, said that she had gotten her license for their sake and added that she was apprehensive about the potential harassment the female bikers face. She further added that there should be regulations in place to tackle this.

Rishi Kapoor is all praises for Mawra Hocane

How to deal with rude people!