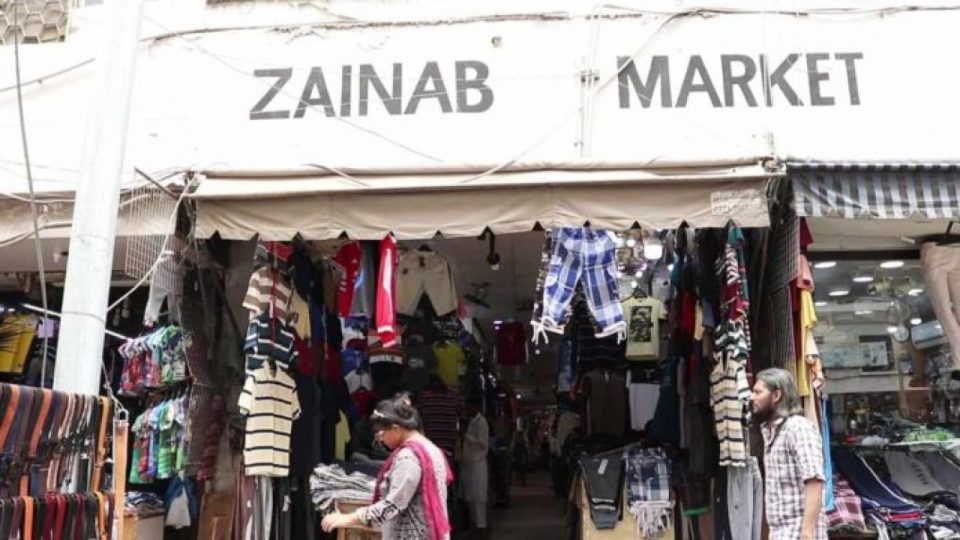 An unpleasant accident accord as a building in Karachi’s Zainab Market was blazed on Wednesday noon continued to rage for five hours as crew with over a dozen fire engines battled the flames. It was extinguished only around 5pm, but the cooling process continued until 9:15pm.

A large number of shops and warehouses were suffered devastation. However, the losses could be estimated only after the building is cleared by the officials. At least two fire engines were still on standby near Zainab Market till night. Traders claim that 90% of the shops and warehouses have been completely destroyed leaving them financially shattered. Talking about their disastrous situation, they say the incident was so ferocious that it continued till Monday morning. Most shops and their stock in the market which were mostly readymade garments and clothes were completely destroyed. The KMC fire brigade, assisted by firefighters and vehicles from the navy, personnel from the civil administration and other rescue services put out the fire after several hours. The KMC administrator and the Karachi commissioner had been present during the firefighting and rescue operation.

IBM has fired over thousands of old employees in last 5 years.