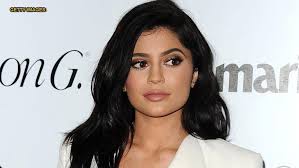 Kylie Jenner and Kendal Jenner are all set to collaborate with each other on a new makeup line after the former’s successful collaboration with her other family members including Kim Kardashian.

According to People, Kendall Jenner came forth announcing her much-awaited coalition with her sister during an appearance on The Ellen Degeneres Show.

“You’re doing a makeup collab with Kylie as well, which is very cool,” Ellen prompted Kendall. “Yes, we’re very excited about it,” Kendall replied. “We’ve actually not said anything, that we’re doing it, yet.” But I guess the cat’s out the bag now!”

Kendall also revealed what could be in the collection. “I might be wearing some of it tonight, right now,” she said.

“I’m excited…. I feel like we’re really going big because I’m her full blood,” the supermodel dished about the collection.

Here’s how you can identify and prevent a heat stroke