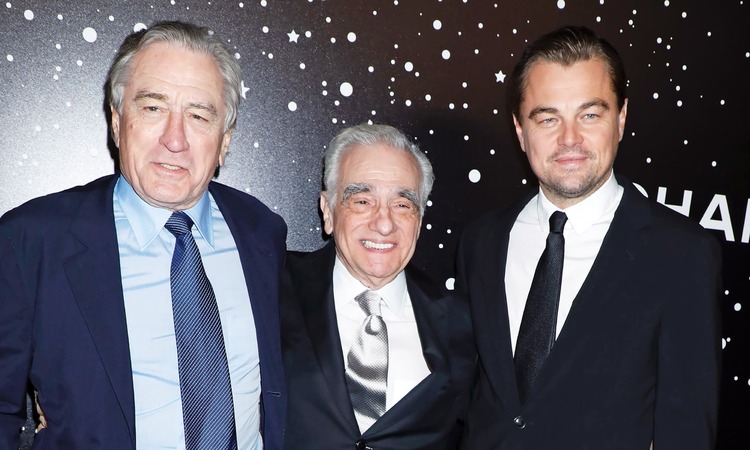 As Leonardo DiCaprio presented the Life Achievement Award to Robert De Niro at the 2020 SAG Awards, the actor announced that he and De Niro will both be starring in Scorsese’s next project, Killers of the Flower Moon, a followup to The Irishman.

The casting had been rumoured earlier, but this was the first time someone involved with the movie officially confirmed it. Killers of the Flower Moon marks the first time Scorsese brings together two of his most frequent collaborators in a feature film.

Based on David Grann’s best-selling 2017 nonfiction book, Killers of the Flower Moon tell the story of the 1920s Osage murders, when several Native Americans of the Osage Nation were killed after oil deposits were discovered beneath their Oklahoma land. The murders lead the then-newly formed FBI to the state to investigate. Scorsese’s film is scheduled to begin shooting in Oklahoma this spring, with a screenplay by Eric Roth, known for A Star Is Born and Forrest Gump.

“I’ve been working with Eric Roth on the script for a few years now, and we’re – now, actually, yesterday, in this room, and last night – we’re knocking away at this script and restructuring it, rethinking it. Because it’s convenient to do a sort of detective story, but we all know what it is,” Scorsese told Sight & Sound last month.

“So I want to explore something else, and that is the nature of a whole way of thinking as being complicit in genocide. It’s dehumanizing people.”

DiCaprio and De Niro first teamed in 1993’s This Boy’s Life, among DiCaprio’s earliest roles, and DiCaprio would begin his relationship with Scorsese in 2002’s late 1800s-set crime-drama Gangs of New York. They would re-team on 2004’s Howard Hughes biography The Aviator, 2006’s crime-thriller The Departed, 2010’s mystery-thriller Shutter Island, and 2013’s outrageous The Wolf of Wall Street.

Scorsese, De Niro, and DiCaprio have all been awards-season fixtures this year; Scorsese and De Niro for The Irishman, and DiCaprio for Quentin Tarantino‘s Once Upon a Time in Hollywood. Both films are major players at this year’s Oscars, with 10 nominations each.

Pakistan declines Indian request to allow Modi’s flight to US

Pakistan will play with Leicestershire today!