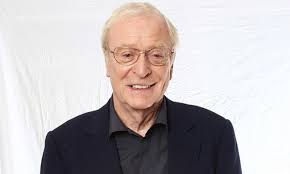 Michel Caine the two-time Academy Award winner, aged 88, clarified that he hasn’t retired, he posred a tweet on Saturday, just a day after he said that his latest movie might be his last. “I haven’t retired and not a lot of people know that.”

Michael Caine expected to have a role in Christopher Nolan’s upcoming project Oppenheimer which is about the life of theoretical physicist J Robert Oppenheimer. Earlier, it was reported that Caine would retire   after comedy-drama Best Sellers. During a recent interview the star stated, “Because I haven’t worked for two years and I have a spine problem which affects my legs so I can’t walk very well.”

Caine has also written six books since 1984, with his most recent being Blowing the Bloody Doors Off: And Other Lessons in Life, published through Hachette Book Group in 2018.

Due to global warming we may have to change the way we eat!

How an Indian couple turned their home into an orphanage after their town hit the tsunami!