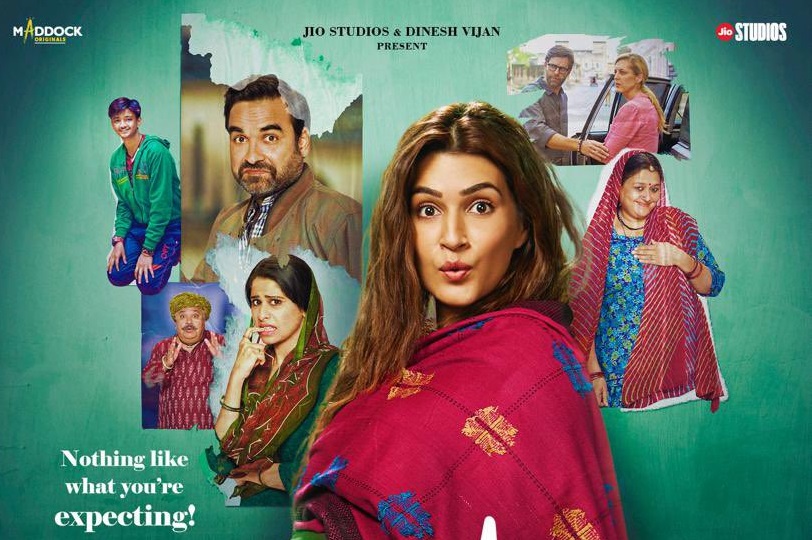 Mimi is a story of a girl who decides to become a surrogate mother. The movie dates back to the year 2013. She lives in a really small town in Rajasthan and has a dream of becoming an actress and later moving to Mumbai. There is a man called Jolly who works in films and lures her to move to Mumbai after paying him a few lakhs so that he can make her portfolio and even shoot a music video.

Mimi isn’t rich and thus tries and thinks of different ways she can save up. To earn money she even goes and does dance shows.  As the movie progresses, a foreigner couple summer (Evelyn Edwards) and her husband John (Aidan Whytock) see her. They came to India with a purpose as they wanted to find a surrogate mother because Summer couldn’t conceive. They were in search of a woman who is physically fit and healthy and in the middle of this they come across Mimi and think of asking her help to become a surrogate mother. They have hope and they even inform their drive Bhanu Pratap to convince her, if he could then he would get 5 lakhs to which he agreed instantly. 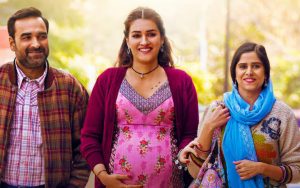 Now Mimi comes around too because she is promised 20 lakhs but the main problem is her parents. She had to hide it from her parents and so she lies and tells them that they landed up a role in a film for which moving to Mumbai was important. Her friend Shama hosts her while and Bhanu too moves in with her and pretends to be her husband. Mimi gets pregnant and everything goes pretty smoothly. But, a few months later when routine tests are conducting on Mini, it is discovered that the baby might have Down’s syndrome. Heart broke and devastated by the news they both leave and go back to US. Mimi is terrified and she sees her life falling apart. She is shocked and so are her parents. Mimi then lies and tells them that Bhanu is the father of the child. Mansingh and Shobha were very disappointed but then they come to terms with it. As time passes, Mimi delivers a boy and then the story continues.

This story is inspired from a Marathi film Mala Aai Vhhaychy. The entire story is quiet funny but soul touching. It is a family entertaining movie and the way it’s delivered is near to perfect. Most of the time the film has humor and the way a real issue is tackled is commendable. It appeals to the audiences. The dialogues are funny and well worded, the acting and setting everything is too real and touching. The producer has directed it in a very flawless manner. The film touches upon real topics and issues such as motherhood and surrogacy. There’s no mockery or looking down upon such issues. The orthodox mentality of the society is also portrayed in the movie, the way each character handles and deals with it is highly amazing as well. The character Bhanu Pratap stands out the most. Even though the film feels like a stretch for a bit, one can’t help but watch it till the end because it’s so unpredictable.

You’ll cry and laugh as the character Mimi explains the concept of surrogacy is so neatly. Everyone is shocked when they realize that Summer and John run to USA because in our society the “white” are considered to be liberal and we all think that, to a point they will be more accepting and will open their arms especially after knowing that the kid might develop Down’s syndrome. But when they flee away everyone is shocked and baffled. However the ending is way too emotional and you’ll definitely need to grab some tissues.

We are glad that Bollywood made such a powerful movie rather than the same old ROMCOM. We hope such movies are made continuously and social issues are highlighted even more.

Foods that are good and bad for your belly fat!

The performance matters only: Kaleen Bhaiya!