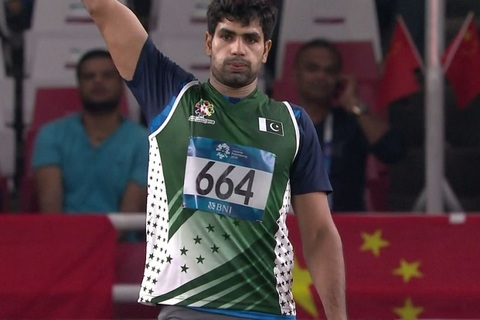 It was a morning that Pakistan Athletics will remember for a long time, as Arshad Nadeem of Pakistan made history on Wednesday by qualifying for the final of the Tokyo Olympics javelin throw competition. Arshad Nadeem is the first Pakistani athlete to compete in an Olympic final in any track and field event. He was assigned to Group B for the competition, which required him to throw a minimum of 83.5 meters in order to advance to the final. Only six competitors were able to achieve so, with Arshad being one of them. The other six athletes proceeded to the finals based on their respective furthest throws.

So, it’s reasonable to assume that Arshad’s best is yet to come, and one can only hope that it happens in the final on August 7th, which is set to begin at 4:00 p.m. Pakistan time. On Saturday, a Pakistani athlete will have his sights set on a medal, as he is seen as a possible chance for the country to overcome its Olympic medal drought.

PCB asks Hasnain to come back to Pakistan