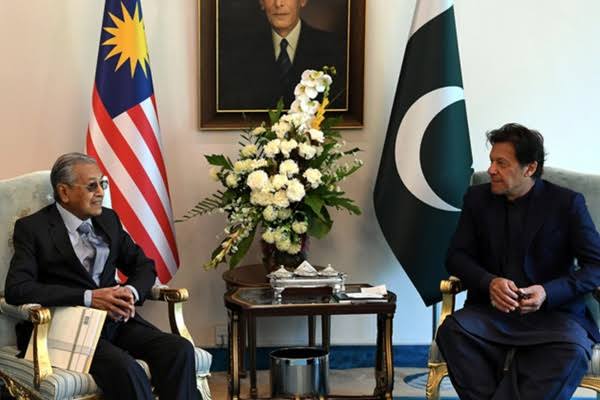 Prime Minister Imran Khan is expected to fly to Malaysia on a two-day official visit on February 3, 2020, the PM Office said in a tweet on Sunday, marking his second one since coming into power.

The PM’s visit comes on the back of an invitation by his Malaysian counterpart, Mahathir bin Mohamad. The statement added that a high-level delegation — including members of the Cabinet and senior government officials — would accompany him.

On the invitation of Prime Minister Mahathir Mohamad, Prime Minister Imran Khan is visiting Malaysia on 3-4 February 2020. He will be accompanied by a high-level delegation including Cabinet members and senior officials.#PMImranKhan #Pakistan#Malaysia

The two premiers were expected to have a one-on-one meeting, followed by delegation-level talks as well as signing of various important agreements and memorandums of understanding (MoUs).

PM Imran would also address a think-tank event by Malaysia’s Institute of Strategic and International Studies (ISIS), according to the statement.

The premier’s visit was “another sign of robust engagement between Pakistan and Malaysia and the shared commitment to further fortify the strategic partnership between the two countries”.

BJP MLA copies Pakistani patriotic song, presents as his own