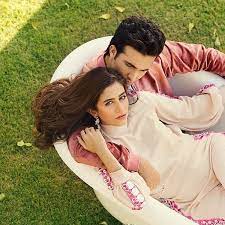 We love it when celebrities come together to become a couple, exciting their fans. Fans lose control whenever they see two of their favourite’s actors/models become a couple and honestly who won’t crazy about that. The entertainment industry has given us a lot of couples, be it the western entertainment industry or South Asia. We have always loved these couples and set them as goals, some couples don’t feel scared to show off their relationship’s, they will post-premiere pictures together, vacation and those lunch and dinner pictures. Honestly, fans love them and won’t they as it’s two of their favourite celebrity. 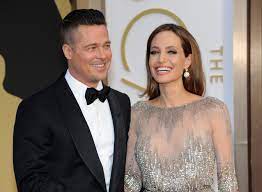 Fans around the Globe have loved this couple on-screen and off-screen. The couple first met on the sets of action film Mr and Mrs Smith their on-screen chemistry had hinted that they were made for each other and fans only wished one thing that is they should immediately get married. After Jennifer Aniston filed for divorce, a month later Pitt and Jolie were seen on vacations together. The rumours were true and the world witnessed their dream come true. The couple married in 2014 in France and that’s the point where things started to get worse. The married couple later in 2016 parted ways, Jolie filed for divorce for the sake of her good health and family. Jolie got custody of all of her 6 children; however, the matter related to custody of their children is still in court, and the former couple is fighting legal battles for it. Our heart broke when the rumours of their separation came true. 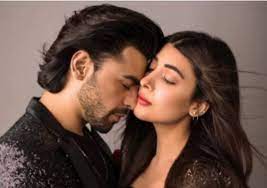 fairy tale, from romantic proposals to cute family vacations fans have loved everything between the two. One day they both stopped sharing pictures of each other it becomes evident that they are no longer together, rumours were out that they both are now divorced. Fans very pretty confused and were not sure about what actually happened between the couple. When questioned, the couple refused to talk about the rumours, confirming that things have been not great lately. When Urwa was covid positive, Farhan did not even extend his good wishes, confirming that the couple might not be divorced but has This couple was the most loved couple on-screen and off-screen their relationship seemed like a separated. 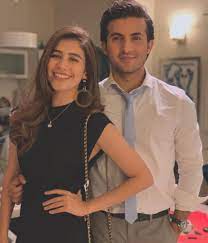 Fans were literally in shock when the former couple announced their separation due to unreconciled differences. This couple was dream come true for a lot of fans they complimented each other so well. Fans couldn’t believe the news of their separation. This news stayed in the public eye for a long time since the marriage of Shahroz and model Sadaf Kanwal. Trollers did not spare the newly-wed couple and continuously questioned the couple. However, Shahroz cleared that Sadaf had nothing to do with the divorce with Syra. On the other hand, Syra remained quiet. Our hearts broke because of this saddening news.

Let’s Talk A Little About Rape

a Wasim Akram biopic is in work