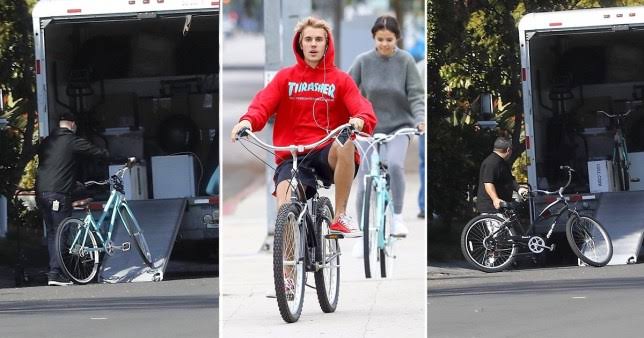 Selena Gomez might have finally moved past her relationship with Justin Bieber but there were certain things that still reminded her of that period.

However, not anymore, as the singer seems to be gradually letting go off anything even remotely related to her past flame.

The latest intel on the Look at Her Now singer shows her getting rid of the bikes that she and Bieber had once used together during the brief period of their reunion.

Selena and Justin had quite a few eyes on them when they had taken to the streets with those bikes while they were together, which is why it is nearly impossible for her fans to let go off that memory.

She was spotted on Saturday morning loading up the remnants from her past with Bieber on to a truck.

The aqua and black beach cruiser bicycles appeared to be the same ones that she and Justin had earlier been using.

This comes after she recently opened up about the toxic relationship she had with the Sorry singer as she told NPR that while it was “very difficult” she is “happy it’s over.”

“Now here I am stepping into a whole other chapter,” she had stated.

Apple iPhone at risk of hacking through email app!