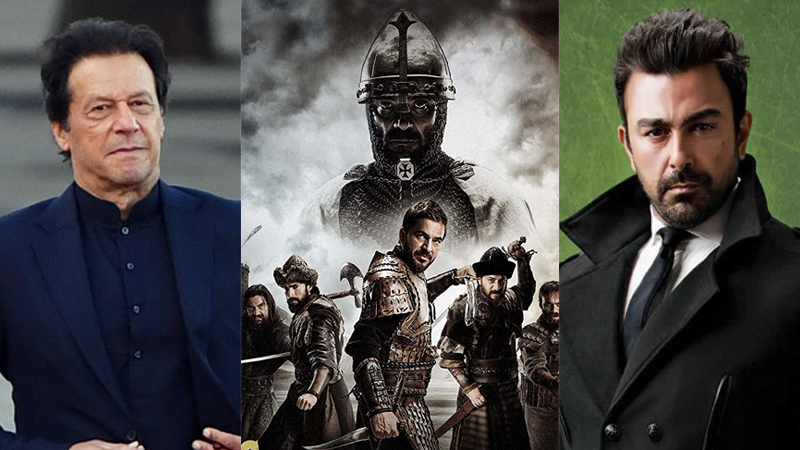 Actor and director Shaan Shahid is not happy about the Turkish epic on Ertugrul Gazi being aired on PTV this Ramazan.

On Prime Minister Imran Khan’s request, the Turkish soap chronicling the life of the Muslim warrior, has been airing on PTV every day. The 179-episode drama series—whose original title is Dirilis: Ertugrul—has been dubbed into Urdu.

According to the prime minister, watching the show will make the youth learn about Islamic history and ethics.

In a tweet on Friday, the actor made a sarcastic remark about the show. Sharing a photograph of a protective face mask, the actor said that he bought a Rs160 mask for Rs2,500.

Bought this for 2500rs actual price 160rs this is what we do in Ramzaan high prices on life saving items and food prices also touching the skies .. after watching our Turkish Islamic history and learning all the good words and deeds this is what we actually practice.# pic.twitter.com/nnooVQ1KQX

Earlier, the Lollywood star had tweeted at Senator Faisal Javed, who is the chairperson of the standing committee on broadcasting and heritage, and asked him to focus on Pakistan’s history and heroes rather than the Turks.

While lauding the senator’s announcement, Shaan said that PTV should produce epics like this.

Kylie Jenner, Kendal Jenner to come forth with a new makeup line