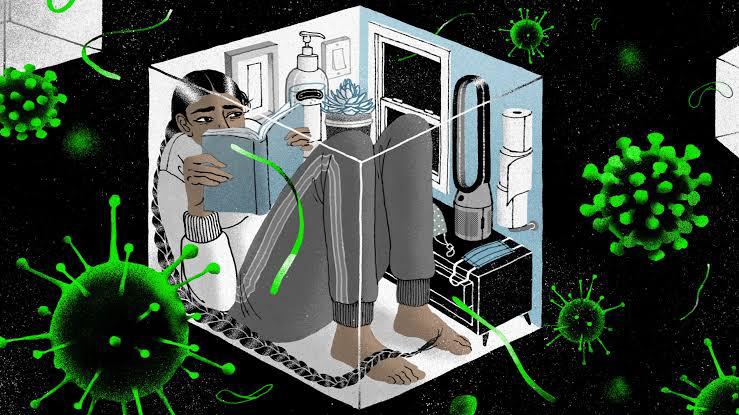 It is a fact that every 100 years passes by of the human time there is a unique virus with its unique symptoms effect huge amount people globally and hundreds and thousands of people get effected by their life and one thing is common in all of them which is it spreads people to people. Back then about 300 years ago in 1720 a virus called BUBONIC PLAGUE once called Black Death usually spread by fleas. These bugs pick up the germs when they bite infected animals like rats, mice or squirrels. Then they pass it to the next animals or person. After people catch the plague the symptoms start 1-6 days later with weakness, sickness, and fever with leads to bleeding from the mouth, nose, blackened skin and lastly vomiting which takes death.

Secondly, Cholera Pandemic which took place of around 200 years ago in 1820. It was a disease which caused by the bacteria and it occurs where huge amount of water supply, sanitation, food safety and hygiene are inadequate. As of in today’s world it’s still alive this disease but people take it lightly and ignore it with normal fever which leads to different type of cancer in future and it is mainly in slumps or over populated communities and refugee camps, with poor water sanitation, unsafe drinking water.88% diarrheal disease in the world can be attributed to unsafe water, sanitation and hygiene. It is still common in many parts of the world such as India, Pakistan, Bangladesh, Nepal, and Africa where prevention is taken very lightly. WHO have already raised this awareness and many people around the globe donate huge amount to improve proper water supply for people to drink as it’s the basic necessity to live. Researchers have estimated that each year there are 1.3 to 4 million cases of cholera, and 21000 to 143000 deaths worldwide due to cholera.

Thirdly, Spanish flu which took place of around last 100 years in 1918. It was one of the most severe pandemic in recent history which caused by an H1N1 virus with genes of avian origin. Which infected an estimated 500 million people worldwide about one-third of the planet’s population and killed an estimated 20 million to 50 million victims. This virus attacks respiratory system as again transfer from person to person as it was highly dangerous. When an infected person coughs, sneezes or talks, respiratory droplets are generated and transmitted into the air, and can be inhaled by anyone nearby.  It’s unknown from where this particular flu came from.  Hospitals in most of the areas were so overloaded with flu patients. Many institutions, schools, private homes and other buildings back then had to be converted into hospitals.  Of the same disease second wave victims died within an hours or days of developing symptoms, their skin color changes with blue and their lungs filling with fluid that caused them to suffocate. However, scientist werebacked off from this virus with no vaccine and stated that it’s the worst flu which occur in that period and almost to nothing was open at that time and all social gathering were close for almost two years.

Lastly, Corona virus which took place in 2020. Corona virus was similar to Spanish flu but as this is virus/disease and Spanish flu was bacteria which can’t be cure. Corona Virus or Covid-19 affects different people in different ways.  In first wave majority people around the globe were infected with mild to moderate illness and recover with hospitalization. Till now it has four different types of variants. Most common symptoms were fever, dry cough and tiredness which cure from isolation. There are other symptoms which is quiet dangerous is of loss of taste or smell, rash on skin, sore throat and aches and pain. Millions of people have been victims of COVID-19 which caused them to death, those who have survived the illness lasting health problems for their life.

It is a virus which spreads person to person through droplets and virus particles released into the air when infected person breathes, talks, laughs, sings or sneezes.  This specific virus came from Wuhan China, and spreads from places to places around the world which now have dangerous fourth variant of Delta variant. Person who have been vaccinated are even afraid of this variant as it spreads rapidly. WHO(World health organization)  have prepared strategic  plan with Traveling should be minimize for tourist, Mask should be mandatory. This will reduce in deaths each day. Even though it has been said that the new variant delta will produce new virus to the people who are vaccinated and won’t stop taking life of people who are even vaccinated.

In continuation with all these viruses and bacteria along with them they take living things and non-living things to death with them and as weather changes globally new variant take place which is even more stronger.

Netflix prices are going up !!

Using plastic bags is now a punishable offense in Hunza!