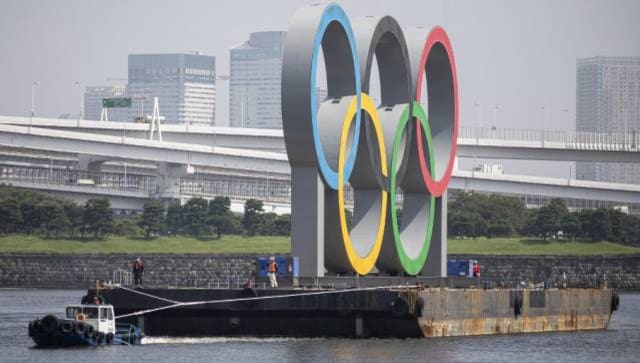 The Tokyo Olympics 2020 commenced on 23 July, after a moderate opening ceremony the games kicked off. Each country hoping to bag as many medals as possible. Public and celebrities, everyone is backing up their countries representative and expect them to win the ultimate prize which is the gold medal. more than eleven thousand athletes will participate in the 339 events featuring 33 sports in 50 disciplines including the newly added sports.

Pakistan has also participated in the Olympics and are eager to their capabilities to the world and make their country proud. In the previous Olympics that were held in Rio, Brazil. Pakistan sent 27 members last year, of which 7 were athletes and 20 were official. This year 20 member team is representing the country, with equal Athletes and officials.

if there is one sports Pakistan dominated is hockey, the team dominated the sport and bagged the gold medal in 1999. The last medal won by the hockey team was in the 1992 Barcelona games. Following years the performance declined. the team finished 7th in the 2012 Olympics due to poor pefromance.

However, the hope doesn’t die just like the eternal torch burning our country is also determined not to give and make us proud again. Here are few athletes that are representing the nation.

Talha Talib competed in the men’s weightlifting category, trained in a make-shift gym and having no proper training that is required on such stage. Talib finished 5th in this category. However the country is proud of him because honestly competing with such training against top athletes is an achievement in itself

He will represent Pakistan in the javelin throw event at the Tokyo Games. Arshad qualified for the Olympics during the 2019 South Asian Games where he hurled the javelin as far as 86.29 meters to create a new South Asian record.

Arshad won a gold medal at the 2019 South Asian Games and later bagged bronze medals at the 2017 Islamic Solidarity Games and Asian Games 2018 respectively. He also represented Pakistan at the 2018 Commonwealth Games in Australia and is the only Pakistani athlete to compete at the World Athletics Championship 2019.

She was the women’s singles badminton champion in 2017 and has participated in a number of international tournaments. Mahoor previously represented Pakistan at the 2014 Asian Games and 2018 Commonwealth Games. She will represent Pakistan at the 2020 Tokyo Olympics after receiving a tripartite invitation. Mahoor will take on Japan’s Akane Yamaguchi on July 24.

This competent fighter and son of the 1988 Olympic bronze medallist Hussain Shah, is all set to compete at the Tokyo 2020 judo event. It will be talented Shah Hussain’s second appearance at the Olympics. He previously competed at the Rio 2016 Games. Shah Hussain, who is based in Japan, is two time South Asian Games gold medalist and winner of the silver medal at the 2014 Glasgow Commonwealth Games.

This brilliant 21-year-old shooter will participate in the 10m Air Pistol event at the Tokyo Olympics. Gulfam qualified on the basis of his performance in the 14th Asian Air Pistol Championship in Doha, Qatar, where he finished seventh with a score of 137.9. Gulfam also won a silver medal at the 2016 South Asian Games.

A talented young swimmer, Bisma will be participating in the 50m freestyle swimming competition at the Tokyo Olympics. Bisma is a silver medalist in 200m freestyle at the 2019 South Asian Games. She has also represented Pakistan at the 2018 Asian Games and the World Aquatics Championship.

You Only Live Once