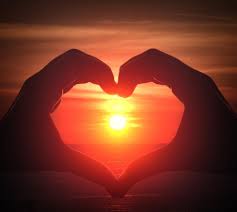 Talking about love, it is one of the best feelings in the world. When a person gets into love with anyone or anything life just starts a whole new chapter. You can never stay from the human being or that particular thing. Love is not just with a girl or a boy. It can be with anything.

When a child comes into this world the first love, he/she does is with their mother. Because the mother is the only creation of God who takes care of you without any personal profit in it. She keeps herself up at night just for the sake that her child takes a good sleep. Then with time, that child starts loving his father because in the first he/she don’t know their father, because mother gave birth to that child, took care of them so he/she won’t know any other relationship except their mother. That child then spends time with his father.

With time the meaning of love changes for that child. He gets more interested in toys and stuff. Then he will cry just for that one toy, and when he will get that toy the love for that will be on another level. He will play, eat, or even sleep with that toy. But after some time that toy will become boring and old. And with that, the love will also get to an end. Again, the meaning of love changed for that child.

And then after getting knowledge of life and when he enters in real life, then he gets to know that what is more important. Then he starts chasing that which is MONEY. He spends day and night working hard to make money for his mother and father, to give them a good life. And when he achieves that goal his meaning of love changes again, a girl comes into his life who becomes the most important person in his life. He starts spending his precious time with her, buys gifts for her, takes her to different restaurants and different places just to make her happy. After getting married with time when he became a parent himself. Then his meaning of love becomes for his child and then this circle starts again.

The best treatments for your hair that’ll help you get strongest hair ever.

5 Things to know about Gucci SS19!