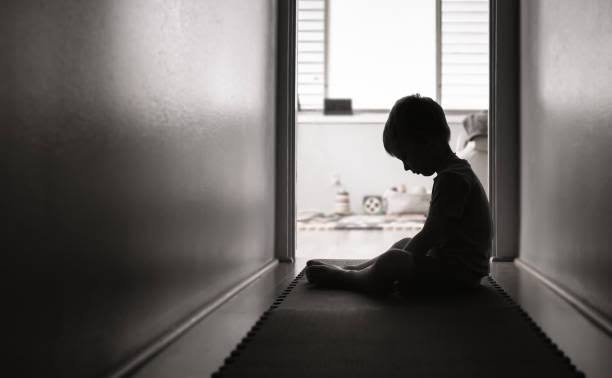 There are things that we can’t tell everyone! Things that many of us might have gone through and we are simply too broken inside to speak about. Things, many of us may have gone through and we were lucky enough to dodge. We see many child abuse victims and feel about them (which is quite normal) but have we ever raised our voices against this crummy dark act of molestation? Yes, we do! We share these stories and play our part to the fullest (this is the most we can do in our capacity while we rock our chairs sipping on tea, scrolling through the social media platforms).

Or wait, is re-sharing posts on different social media platforms enough? Not quite –and the problem is we’re absolutely finewith it! We may tell ourselves a zillion times that we feel about the victims and their families and that we understand what they go through, but the fact of the matter remains we will never understand the pain and anguish they live through every single day, unless, God forbid, one of our own kids goes through this.We will never “understand” – let’s face it! We will never understand the agony of some Kausar Parveen’s son who were raped, and she had to let the “Maulana sahib” go for a miniscule $300 blood money. Everything that kid had to go through, worth just $300? Of course! Who can say no to God?

Who will talk about these blood-sucking religious clerics who should not only be barred from teaching in Madrassas but also be punished to the wildest of our imaginations? Not us – because we don’t “understand”. Are we going to wait till we are where Zainab’s & Farishta’s parents were? Or are we waiting for our turn to let some Madrassa teacher rape our kids at large worth mere $300? Believe the question is even more difficult to answer….
When will it be enough?

There’ve been hundreds of cases – or should we presume thousands because they predominantly go unreported or the complaints are settled behind closed doors. Just 309 cases reported in media publicly over a decade! The number in itself looks disappointingly underreported. Innumerable kids wake up to find their teachers lying besides them, they cry their guts out only for the pedophile Mullas to shove their shirts and scarves in their mouth to smother them while they feast on the little angel’s soul.

Honestly, we have bigger problem here. Our kids are not unsafe in religious education institutions only. The stats are eye-watering and worrisome! We think our children are safe in our homes – well, let’s take a look at the stats.
In 2019, 10 to 12 children were molested daily, with 1304 cases reported in just 6 months and a growth of 159% in the Federal territory (hope Pakistan grew at this staggering rate). Of the 1304, 729 were girls while the rest were boys, 6 to 15 years being the most vulnerable age bracket. In 614 of the afore mentioned 1304 cases (47%), the molesters were amongst the acquaintances, 142 were strangers and the rest 42% were family, relatives, neighbors, female abettors, drivers, religious clerics, policemen and others! Yes, you read it right, family and relatives. 300 of these cases happened at some acquaintance’s place while a whopping 203 cases happened at the child’s own home, when the parents weren’t around.

Let’s get to the root cause. Is it the corrupt system or is it the fear of the influential ones that seals the lips of affectees? Or is itthe fact that our protectors are protecting and safeguarding someone else for their own interest? Is It the poverty due to which most of the parents send their kids to madrassas to spend their lives and let the pedophiles feed on them? Is it the fact that no such pedophiles have been punished the way they should have been? Or is it the kid who was raped and he grew up to be rapist in return? Or, is it us who are so shy to talk to their kids about it that we’d blame everything except ourselves?

It’s high time that we challenge the status quo – it’s us only who can break the self-imposed norms and start talking to our children about it! It’s us who should step out of this self-fabricated “Taboo” zone and teach our kids the difference between a good touch and a bad touch. It’s imperative that we start at our homes, ensure our kids’ safety both at home and outside our homes because no-one else will do this for us! Let’sstart talking to our children about this diabolical curse and educate them – ensure that they comfortably talk to us about anything and everything.

Again – when is it gonna be enough? I believe we all have an answer to this. It’ll be enough when we as parents will up our game, educate our children, talk about this – only then it will be enough.

WHY IS IT IMPORTANT TO REMOVE MAKEUP BEFORE BED?