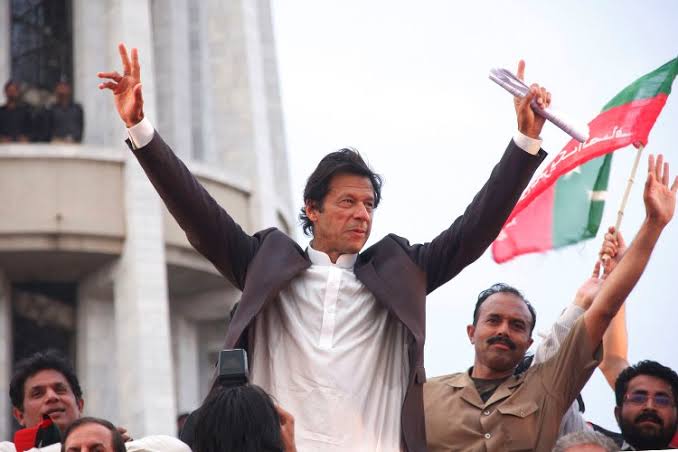 We had high hopes, did we not? Under the rule of Imran Khan, who, by the way was chosen after so many people had put their hopes and trust in him. The history of Pakistan’s democracy is at best turbulent. The first democratic attempts after Pakistan’s independence in 1947 occurred during the fear of India’s military action within Pakistan and the global polarization of the Cold War. Under these circumstances, Pakistan and the United States have poured important resources into the Pakistani army. As a result, the army grew rapidly and private institutions were left behind. In response, and fearing foreign actors manipulating the bursting of civil society, Pakistan chose centralized politics. These events, coupled with a period of direct military regime and Islamist influence, are the path to inequality in the political and social landscape of modern Pakistan, not to mention the democratic and constitutional weaknesses inherent in today. Opened. While these serious differences put almost all Pakistani citizens at a disadvantage, minority groups are by far the most marginalized. It is estimated that 4,444 Pakistani minorities make up less than 5% of the population and Muslims make up 95-97% of Pakistan’s total population. Pakistan’s founder, Muhammad Ali Jinna, outlined in his famous speech on August 11, 1947, a tolerant Pakistani vision of upholding the equal rights of all citizens. However, this vision has not yet been realized. Alienation and discrimination against minority groups can increase as the state approaches Islam with its rhetoric to justify its rules, and as extremist Islamic groups gain ground.

The 2018 parliamentary elections appear to be destined to give Pakistan’s Tehreeke Insaf a clear and favorable start and the ability to form a central government. Although many voters have joined Imran Khan, as various studies have shown, the situation in Punjab remains largely undecided. However, he is unlikely to keep his promises at public rallies and manifests.
History is our guide, so it is highly likely that the victory of PTI and its allies will not change the country’s political, economic and cultural outlook. There is a logical reason to be skeptical of the political ranks, especially Khan’s abilities, to get the desired results from the
elections. First of all, civil-military relations will be a major challenge for PTI chiefs. The role of the military in Pakistan’s political development is inherently complex and has influenced our ability to become a democracy. There are two important factors that complicate Khan’s relationship with military installations as prime minister and are likely to fail him.

Steps to make Him Seek out Woman