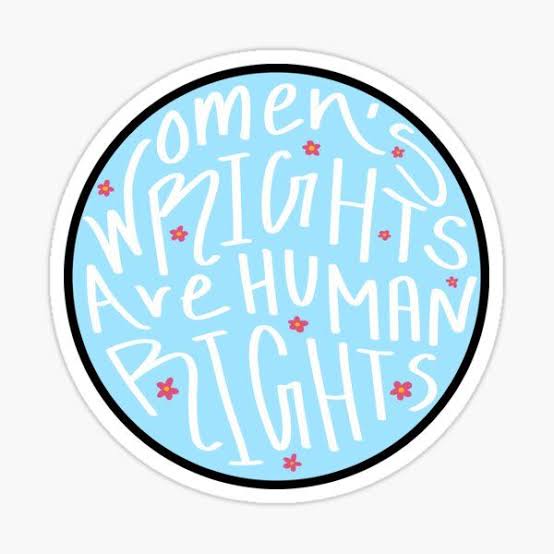 We often wonder women rights are not human rights, because women are also humans and they are hardly given their respective rights. Throughout the history of the human race women have been oppressed and controlled without any room for retaliation. In some countries women, unlike men, cannot dress as they like, drive, work at night, inherit property or give evidence in Court. We are living in 20th Century, shouldn’t they be free to live their lives as per their will and not according to the social norms set for them by the society, the same patriarchal society which treats them as a slave.

Sometimes they are held back in the name of daughter, wife and then a mother, at every step she is molested emotionally and physically. They are housewives and child-bearers first and then human beings.

Some reasons can include a women being weak, being in sports or the absence of hymen biologically from the start and without knowing the facts, she is divorced or is doubted for decades. They have been prevented from making personal choices in their private lives.If we talk about this lock down situation where men are at home mostly and we hear such cases after every few days the how they have been treating their women as their slaves and mostly an object. Girls and women are particularly vulnerable to various forms of violence, which leaves deep and long-term impact on their lives, their potential to grow, lead and have a prosperous life ahead. Violence can negatively affect women’s physical, mental, sexual, and reproductive health and it results into a happy family suffering for the rest of their lives.

When a child sees a father being violent to the mother that affects the child’s health and makes them emotionally insecure. Fighting undermines kids’ sense of security about the stability of the family. Children exposed to a lot of fighting may worry about divorce which will make it difficult for them to have a sense of normalcy in the family since fights may be unpredictable. Their children tend to have trust issues when they grow up and face relationship problems in the future.

Independency is about giving freedom to someone to breathe and live their lives in their own way, not caging them and their dreams to be locked around 4 walls.

Women have had to fight for their independence. They have been repressed for a long period of history. Only recently have women started to gain respect as equals and as individuals. Even today women are still looked down upon for their sex.However, they are still viewed as lesser beings, whose role in society is to give birth and to take care of children and their house. They are property of their husbands and are not viewed as individuals. Their husbands play the dominant part in the relationship and mistreat women to a great extent.

Google Pixel 6: All you need to know

Review: ‘Guilty’ will make you question your claim to ‘feminism

Short film Ghosts of the Past shows a friendship during Partition