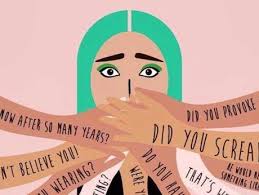 Women are subjected to different forms of violence specifically in lesser developed countries or societies. World Health Organization (WHO) has defined domestic violence as “the range of sexually, psychologically and physically coercive acts used against young and adolescent women by current or former male intimate partners.

“Domestic abuse occurs in various forms against women ranging from mental abuse in the form of behaviouralcontrol, economic pressures and social isolation’’

Honor killing are as widespread as female physical abuse people still frown upon birth control pills or procedures. The still don’t consider it as a right of a woman and still treating women as vessels which leads to an extremely high rate of unsafe abortions. As we are in the age of social media, women are being targeted and being a victim of online or cyber hatred as well, the worst of which was recently seen on the event os Aurat March all across Pakistan. This resulted in women being blackmailed of being raped or of honor killings by the online trolls for marching for their rights.

Despite of all these vicious trollers some women are still verging to raise the bar and the standard of women by their immense efforts and stand they are taking ,but the progress is still not up to mark. Speak to any male lawyer, service provider or government bureaucrat about any of this, and the response is a tepid “we can argue about this for a long time to come…” but little do they realize that the time has come long time back.

The problem behind women’s inability to speak up for themselves are not just,lack of political will or state enforcement. Rather, it is even the mindset and the upbringing which plays a significant role of women being a target of patriarchy, harassment and must more social issues they face in their everyday life. Since birth men are given more importance and are treated stronger and more heroic than a woman. So they mainly feel okay not to report or stand up for themselves because that’s what they have seen all of their life.

We all live under patriarchy, which is a rigid dichotomy of gender roles. Traditionally, men were supposed to be strong, independent, unemotional, logical and confident. Women are supposed to be expressive, nurturing, weak and dependent.

However, the time is running for the women of Pakistan. In such an advance world women should not be waiting for a new government to come and create a solution for their basic issues. It is time that they must take a step forward and raise the bar for them selves and by themselves as to what do they want; to rebel or to comply. I hope for the sake of all women, it is to rebel but justfully.

Who Was Abdul Qadeer Khan?