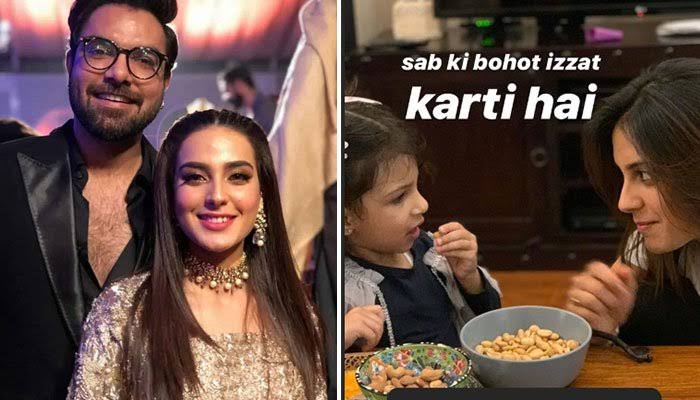 Pakistan’s favourite celebrity duo Yasir Hussain and Iqra Aziz are serving major couple goals once again as the latter recently revealed what he loves most about his wife.

The 33-year-old Lahore Se Aagey actor turned to his 1.2 million Instagram followers on Sunday for a Q&A session during which he reveled that what he loves most about his wife Iqra is the fact that she gives respect to everyone. 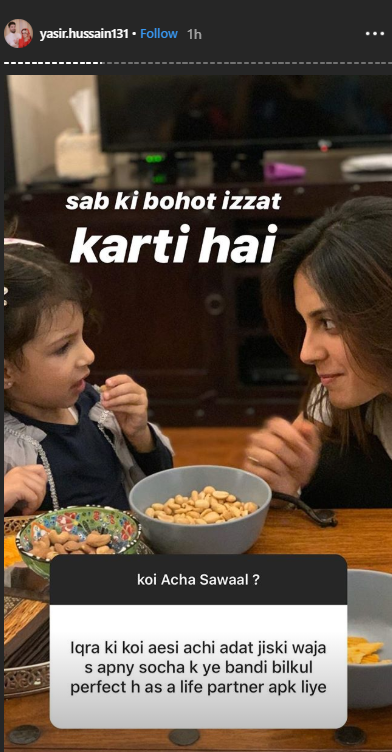 Upon being asked by a fan if there was one specific quality about the Suno Chanda actor that stood out and made him realize that she would make the perfect life partner for him, Yasir responded with an adorable picture of the beauty queen posing with a little girl.

Apart from that, the actor also revealed what nicknames the two lovebirds have for each other. While Iqra calls him Yas, he refers to her as Mrs. Hussain.

The couple had tied the knot in December 2019 in Karachi.