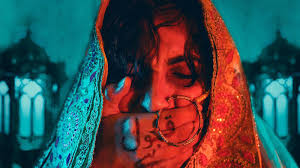 “Child marriage is a formal marriage or informal union entered into by an individual before reaching a certain age, specified by several global organizations such as UNICEF as minors under the age of 18.”

Let’s hear out some stories:

Ameeran was 12 when her parents married her. It was an exchange marriage. She was married to her first cousin, the son of her father’s brother. In return, her uncle’s young daughter, Sanam, was married to Ameeran’s brother. Within months afterher marriage, Ameeran started expecting. Her parents didn’t go to hospital and tried to make the delivery happen at their home but after seeing her condition they rushed to a nearby hospital. As a result the baby was already struggling to breath and Ameeran was unconscious too. Due to which she still have trouble in walking after 7 months of delivering the baby. She is having chronic pain in her legs and back and she ends up losing balance sometimes. She cannot do anything which requires any sort of physical effort.

Shakeel, Ameeran’s son is brought up on goat milk since Ameeran cannot breastfeed him. The baby is suffering from diarrhea and he cannot eat solid food. He neither sleeps at night.

It’s horrible how they expected a 13 year old girl to deliver a healthy baby. Her parents have totally destroyed her life.

Another story is about Hawa, a 12 year old girl who was married off to some Nizam Maher from Ahmedpur for 1.3 million in 2010. After some time Hawa told her parents that she is no being treated right by her in laws but her parents told her to compromise. Somehow after sometime Hawa fled from her in laws to his parent’s place by road which is 530 kilometers away in Umerkot. Hawa’s in laws found out and asked the family to return the girl back. Her parents hesitated at first but some influential people tried convincing the parents and they ended up sending her back to her in laws with the guarantee of not harming the girl. Right after 2 years of marriage Hawa was found dead. Her parents were told that she accidently got electrocuted which became the reason behind her death. Her parents tried to file a complaint of murder but later they were 300,000 for keeping their mouth shut. Is the price equivalent to the life of an innocent girl?

Let’s talk about the main causes of child marriage in Pakistan:

2. Lack of implementation of the existing laws

4. Tribal and feudal structure of society

5. Lack of awareness in the public about harmful effect of child marriages

8. No central, independent and strong child rights bodies that could monitor child rights violations including the issue of child marriages.

21 percent of Pakistani girls are married by the age of 18, and 3 percent before 15 says the UN children’s fund. Children mostly girl who are being forcefully loses their childhood and they lose the opportunity of further education as they are held responsible for the household chores. Some girls faces major health issues due to early pregnancy. They are most likely to face martial rape, physical and emotional abuse etc. Pakistani girls so powerful and talented. They can be the ones to make this country progressive, they don’t necessarily need a husband to live their life. Most importantly they need basic education which they fail to receive.

Statistics show that 21% of girls in Pakistan are married off before the age of 18. Mostly it is being justified using the name of Islam but Islam cannot be so dangerous to ruin the lives of small children and steal their childhood from them.

Marriage is a contract in Islam and the Quran refers to marriage as an agreement between husband and wife. An agreement can’t be formed unless both the parties give their consent without any forceful intention which makes it clear that such kind of contract can’t be happening without a child’ consent. They are too naïve to understand what they are being told to do. It’s stupid to expect a child to go into a lifelong contract when he or she doesn’t even have a right to drive or vote?

In last UPR in 2012, there were several recommendations related to child marriage which were accepted by the government of Pakistan, including a recommendation by Canada to “take steps to implement laws and policies with a view to eliminating early and forced marriage”. Similarly, the UN Committee on the Rights of the Child in its Concluding Observations and Recommendations about Pakistan’s 5th Periodic Report in 2016 while welcoming the Sindh Child Marriages Restraint Act of 2013 which has raised the minimum marriageable age for both boys and girls to 18 years, raised concerns about the difference between the minimum legal age for boys (18 years) and girls (16 years) in all other provinces and recommended that the minimum marriageable age for girls be raised to 18 years. There was a movement run by Marvi memon for the rights of children and child marriage which was pretty impactful but didn’t last song.

To conclude, I would say that, child marriage is a curse in the global society. Child marriage is a violation of human rights. In most cases young girls get married off to significantly older men when they are still children. Child marriages must be viewed within a context of force and coercion, involving pressure and emotional blackmail, and children that lack the choice or capacity to give their full consent. Child marriage must therefore always be considered forced marriage because valid consent is absent.