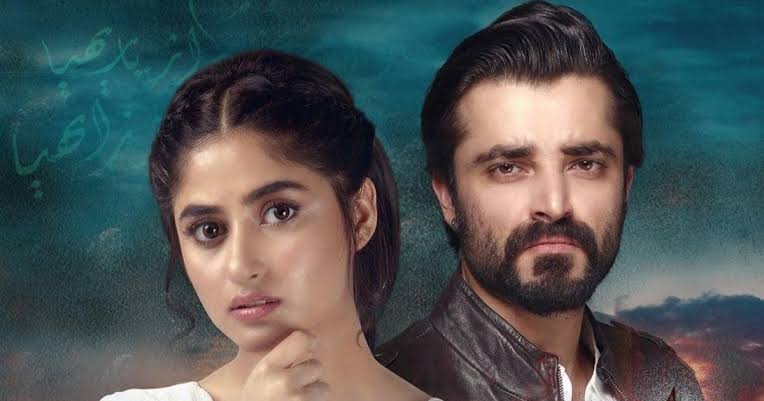 Geo’s hugely popular drama serial Alif’s latest episode on Saturday took the internet by storm, garnering over 1.5 million views on Youtube within a few hours after its release on the video sharing website.

The drama, that marked Hamza Ali Abbasi’s return to television, has become the talk of the town since its first episode aired on Geo.

#Alif became the top hashtag trend on Twitter after fans took to the social media platform to praise the stellar performances from the latest episode.

Here is a collection of some tweets praising the drama serial:

” i didnt act Husn e Jahan…i lived Husn e Jahan ”
She wasnt wrong when she said that….these tears ,these emotions everything about her acting is so pure and natural! #Alif pic.twitter.com/uAmZdWoUEo

Loving someone isn’t wrong but love that distants you from Allah, is surely a matter of concern. maybe that’s what made dada worried and he went against. #Alif pic.twitter.com/Lk8kLPV3ql

Whenever I see Alif’s episode, it literally makes me cry. Such a spiritual connection!!❤️#Alif pic.twitter.com/JHr4QokkwY

I just don’t know what to say,you all know what i mean-
Just give me these scenes ASAP????
Precious people,they deserve all the happiness ????❤️

The ost , those voice over , and sajal ali’s acting.#Alif pic.twitter.com/lZMr3VT9tP

Someone give me this episode!!! This is what I’ve been waiting for ???? #Alif pic.twitter.com/gXx74BtYiL

This drama deserve to be top on trend ???? #Alif pic.twitter.com/YDMFzDHR2g

Scooby-Doo, where are you!

Miley Cyrus, Cody Simpson ring in New Year without each other