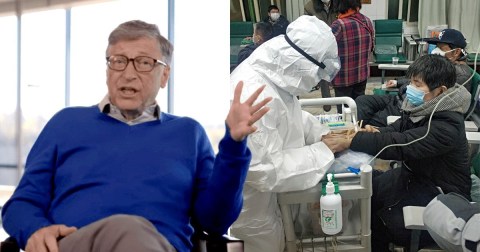 Not many knew that Bill Gates predicted a killer virus could originate in China’s wet markets to rapidly infect the world in a 2019 Netflix documentary ‘Explained’.

Microsoft tycoon said the world is ill-prepared to deal with the global pandemic, It seems like he was warning about the likelihood of a virus breaking out in one of China’s wet markets. This is exactly like the one in Wuhan where this new outbreak of Coronavirus is believed to have originated.

Bill Gates featured in the episode of the ‘Explained’ series to discuss the likelihood of a killer virus going global.

In the documentary episode, Gates said if nothing was done to better prepare for pandemics the time would come when the world would look back and wish it had invested more into potential vaccines.

Gates also warned the world was ill-prepared to deal with the implications of the viral spread of disease when cures were often years away.

‘If you think of anything that could come along that would kill millions of people, a pandemic is our greatest risk,’ he said.

In the episode titled ‘The Next Pandemic,’ the documentary producers went to a wet market in Lianghua, China, where animals are killed and the meat yield from these animals is sold at the same place. 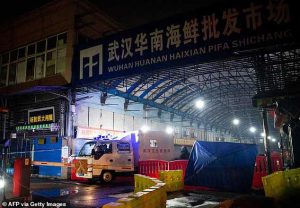 The documentary explained in detail what makes the wet markets a ‘disease X factory’ as the different animal corpses are stacked on top of each other, blood and meat mixing, before being passed from human to human.

How To Make someone happy

Is Asif Ali the new hero of Pakistan!

The Possibility of a Complete Lockdown Nationwide!