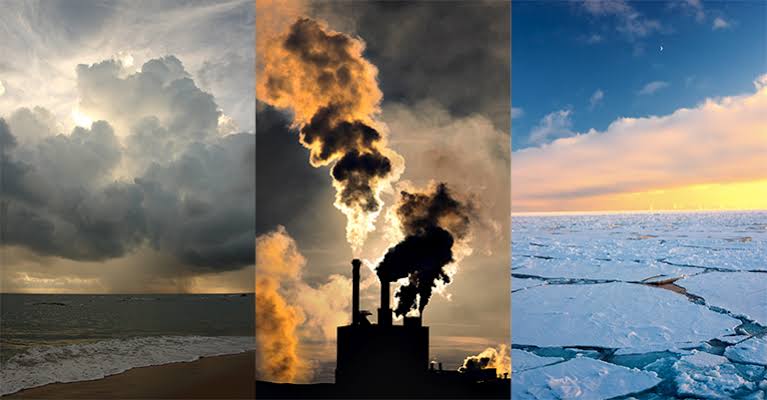 With climate crisis being talked about in the mainstream media, there is a lot of confusion about what climate change really is. This is why we tried to reveal some of the most commonly heard myths so that we could distinguish between fiction and facts.

The Earth’s Climate Has Always Changed:
In the 4.5 billion year history of the Earth, the climate has changed dramatically. this is true. However, the rapid warming we are currently experiencing cannot be explained by the natural cycle of warming and cooling. Types of changes that occur over hundreds of thousands of years typically take decades.
Earth’s temperature is currently at record highs. In fact, 17 of the warmest 18 years on record have all occurred since 2001.

Plants need carbon dioxide (CO2) to survive. Plants and forests extract and store large amounts of carbon dioxide from the atmosphere each year. But the problem is that it can only absorb a limited amount of carbon dioxide, which is declining as more and more forests are cleared around the world, primarily to produce our food.

Global Warming Isn’t Real:
Global warming leads to an increase in the average surface temperature of the earth. Not only does this increase the likelihood of heat waves and droughts, it also changes our natural climate system. These changes make extreme weather more likely and serious. For example, hurricanes and storms are more intense, slower to move, and take longer to subside.

Climate Change Is A Future Problem:

This is no longer an excuse not to act on climate change and push the burden onto future generations. Last year, the world’s leading climate scientists warned we only have 12 years to limit global warming to a maximum of 1.5C and avoid climate breakdown.

It’s a commonly-held belief that renewable energy is expensive, but this simply isn’t true! Solar power and onshore wind are the cheapest ways of generating electricity; meaning the energy they produce is cheaper than using nuclear, gas and fossil fuels.

Let’s Wait for Something Great, because #GreatHaiTohWaitHai