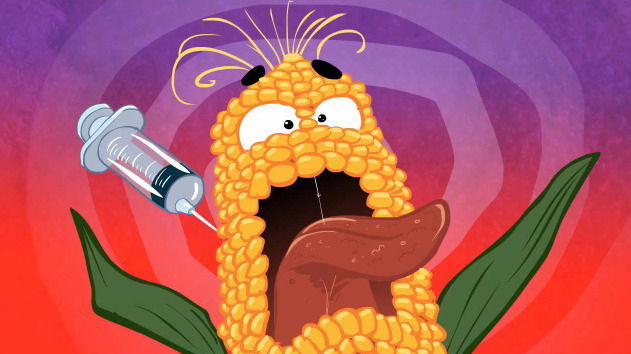 Foods that have been genetically modified are also known as “Genetically altered foods”. These foods are made by applying the genetic engineering approach to bring about modifications in the DNA of the organisms utilized as food sources (mainly plants). Genetic engineering will allow required as well as selective control of dietary attributes of plants. This was commercialize since 1994 by long shelf life tomatoes i.e. “FLAVR SAVR Tomato”. This genetic modification will have major impact on earning more revenue from cash crops for greater yield such as, Soy, Cotton, Corn, Canola etc. Another impact of GM Food is on making crops resistant against pathogens, diseases & herbicides. After genetic modification in plants next target were animals. Salmon was the first genetically modified animal approved for commercial manufacturing, sale and utilization by FDA.

Globally there are many safety concerns related to these foods and the impact they possess to human life as well as to different ecosystems. Genetically modified organisms are regulated by USDA, EPA & FDA at federal level.

These foods must also be harmful to the environment. The UN’s Food and Agriculture Organization enumerates, listed below issues they cause:

• Excessive selective breeding – when the genes of one plant species flow to another, potentially resulting in herbicide-resistant weeds. The impact of such unwelcome transfers has yet to be determined by research
• The unstudied abnormalities that develop as a result of these changes must be researched before they may be common among individuals
• Natural biodiversity is in jeopardy

More than half of the world’s faiths feel that modifying what God has created is not appropriate, and that deliberate changes in naturally existing species will be debated. Nature selects the fittest species, according to Darwin’s “Selective Breeding” theory, and this process does not require any self-paced actions. People who have such religious beliefs demand that GMO products be labelled so that they do not ingest them on purpose.

DNA Micro assays or PCR procedures are used to test products that contain GMOs. GM foods are being pushed with the claim that they will make food more available to underprivileged people, but do such deadly foods, benefit anyone anywhere in the world? GM Soybeans are being produced, and it’s becoming clear how many soy allergies have been recorded in recent years. Such apples are also being sold as having a long shelf life even after being chopped, reducing food waste, however eating such foods is more harmful than disposing of them. The side effects and risk concerns outweighs health benefits of these foods.

Super Bugs are plants that have evolved to be resistant to pesticides and herbicides. This will encourage the appearance of next-generation resistant insects and weeds. As this ecosystem changes, resulting in the selection of more hazardous chemicals to combat resistant diseases. This problem with crops can also be remedied by introducing insects that feed on pesticides, or pests and insects, thereby lowering the danger of the use of herbicides and pesticides regardless of calling out genetically modified organisms are the ultimate resort for resolving this mess.

When transgenic beans were produced to boost their amino acid content, the highly allergenic form of soy came into existenceaccording to study published (Butler and Reichhardt 1999). Crops developed with GM technology around the planet are more than 80% herbicide resistant, resulting in a 15-fold rise in the use of Roundup® herbicide. In 2015, the World Health Organization discovered that glyphosate (a component of Roundup®) is a cause of cancer.

The majority of GMOs are marketed and sold by the world’s leading corporations. As a result, it is evident that these are not working for the benefit of humanity, but rather to make money by seeking out new market opportunities, regardless of their impact on humanity and the environment.

A Chronology of Agricultural Genetic Manipulation:

Genetically modified foods, as compared to normally available varieties, increase the chance of unforeseen allergic reactions, strange DNA mutations that lead to various cancers, and several prevalent auto immune ailments in people of all ages. As a result, we must work on regulatory measures and enact new legislations to ensure that consumers have access to GMO-free foods and ingredients in their daily life. Genetically Modified crops are grown on a tenth of the world’s farmland. Individually, the United States, Canada, Brazil, and Argentina are responsible for 90 percent of the world’s genetically modified crops. We must raise awareness of this immediate problem, otherwise, will result in the destruction of biodiversity on this planet. We can work on this issue that is weakening us domestically and to make people aware of how to respond to this worldwide crisis by involving governmental agencies.

The Louvre Is Finally Coming to the Middle East After Delay