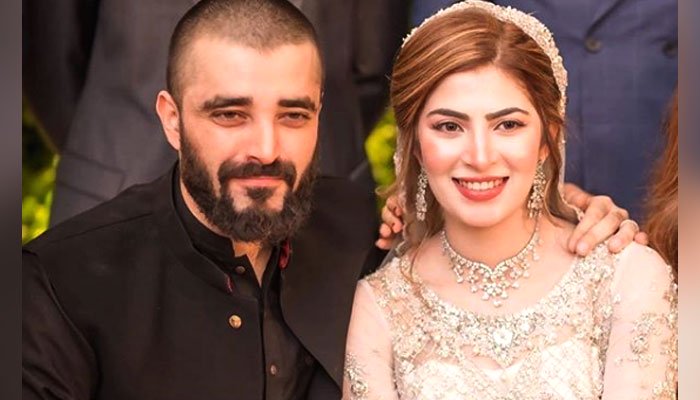 The family of Naimal Khawar Abbasi and Hamza Ali is one of the most adorable families in the industry who never fails to impress their fans and they can’t stop saying ‘aww’.

Recently, the adorable picture of Hamza Ali Abbasi with baby Mustafa Abbasi will surely make your day as the father and son was spotted together where Hamza was doing his dad-duties.

As both Parents play very important role in the growth process of their child. In some cases, fathers and mothers complement each other’s role but some responsibilities are to be performed solely by the fathers as they are the heroes of the family.

Naimal Khawar shared a cute snap on his Instagram account with a beautiful caption. “My whole world. Allah Shukar,” she wrote.

The picture has bring in immense love from fans in short span of time, as the father-son duo rocked on social media.

PCB appoints Saqlain Mushtaq as the head coach of PCB.

She didn’t ask for it – Stop sexual harassment