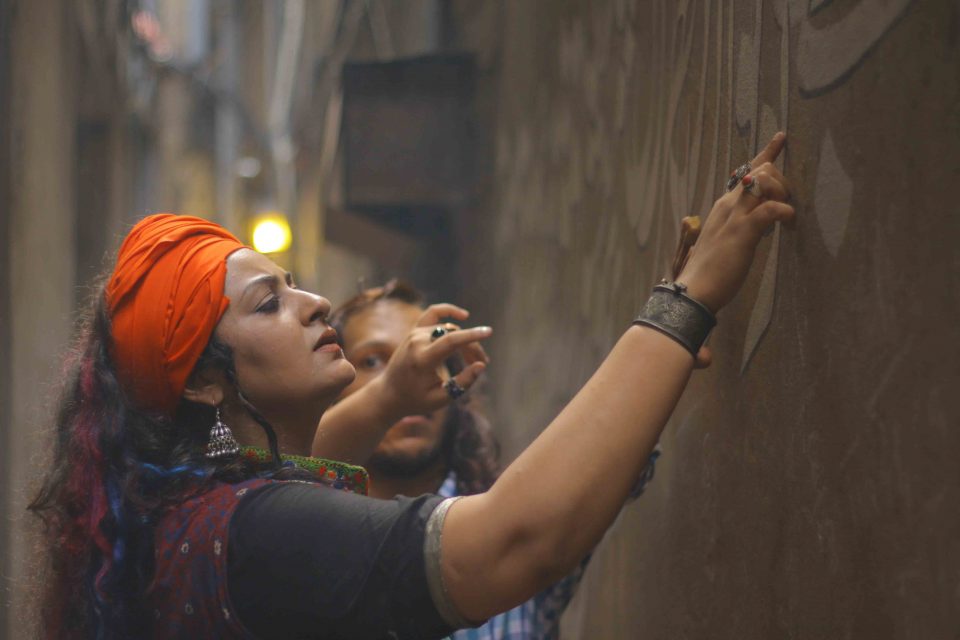 Singer, composer, and producer Maham Suhail has officially announced the release of her debut album “Mitti” with the re-release of her original track titled ‘Sajjan Yaar’. Featuring 7 original tracks, all in different languages, Maham Suhail is set to embark on a journey to explore local folk music from around the world and mold it into beats & melodies overlapping with South Asian music elements and Western instrumentation to create a fusion.

The first track from the album – “Sajjan Yaar” features the poetry/‘Kalam’ of Razi Faqeer Saaei’n – a disciple of the Sachal Sarmast Sufi order. The lyrics comprise the Indo-Aryan language of Western Punjab, Saraiki. The track speaks of longing to unite with The Divine (Allah), and expresses devotion and love for the The Beloved (the ‘Sajjan’).  Sajjan Yaar also features Wahid Bukhsh Faqeer as the male vocalist. It is interesting to note that the original ‘Sajjan Yaar’ vocal melody was composed in a Sindhi ‘raagri’ (scale) on Wahid’s ‘Iktara’ instrument; this melody was passed on to Maham during their study of Razi Faqeer’s poetry at the saint’s shrine in Lahore. In a testimony to the universality of South Asian music, ‘Sajjan Yaar’ was an Honorable Mention (World Music) at the prestigious Nashville-based ‘Unsigned Only’ International Music Competition 2019 while also ranking as an overall finalist at the same event. The track was also no. 1 on the Top 40 Charts in Indian category, on EthnoCloud (World Music charts), 2020.

The video of Sajjan Yaar has been captured in the hills of Kanhatti, the inner city of Lahore and a farmhouse in the outskirts of Lahore Produced and conceptualized by Maham, directed & edited by Raphay Shahzad (Sophist Productions), ‘Sajjan Yaar’ was shot in a span of merely 2 days overcoming challenges of shooting in tough conditions and challenging locations like slippery rocks, monsoon humidity, hills and waterfalls.  Indeed, the video is a mix of performance, narration & concept, capturing the transitions in life of the protagonist (played by Maham) as she embarks on a transformative & transcendental journey to explore the deeper, mystical meaning to life.

Reminiscing on the journey of the track, Maham Suhail said, “When I reflect on the entire process that ‘Sajjan Yaar’ has gone through from its multi-layered audio production to video production stages (and later), I am reinforced in my heart about the magic that happens when such powerful poetry is meticulously carved into melody, song and the moving image! What happens in such a creative process is nowhere short of a miracle, the miracle that music & visuals can reach out to so many hearts and stir deep emotions even in the foreign language listeners. This song makes people cry, including myself till date; and I am so grateful that it does!”

The video for “Sajjan Yaar” can be viewed on the Maham Suhail’s official YouTube channel:

Indeed, the overarching album “Mitti” was created with the intention of celebrating World Music overlaps, rooted in our South Asian indigenous/folk music forms. ‘Mitti’ in Urdu language means ‘soil’, as the title arises from Maham’s innate yearning to connect with one’s cultural identity, while being harmonious & inclusive of other influences. These mix together as intercultural music forms (ancient & contemporary), just as soil (‘Mitti’) is composed of diverse life forms, fading and blooming. ‘Mitti’ binds us; ‘Mitti’ connects us, ‘Mitti’ liberates us, just as a seed breaks the ground to grow into a towering, expansive tree. Exploring her own stories as a gypsy woman artist with makeshift homes, Maham Suhail wears the hats of composer, and producer/engineer, in the production process of ‘Mitti’.

Expressing her thoughts about the album, Maham Suhail said, “‘Mitti’ is a statement about bringing peoples, cultures, languages and music together: It is a world peace statement made through World Music. ‘Mitti’ has my heart, blood and sweat put into its production, where over the years since the first 2016 Kolkata recording, the album’s artistic content was evolving alongside my own growth as a human being and an artist.”

Pakistan’s first-ever motorsports arena all set to be build!

Japan plans to spend billions to exit from China!

Great News for Students of O/A level in Pakistan!

Khabib announces retirement due to his father’s death