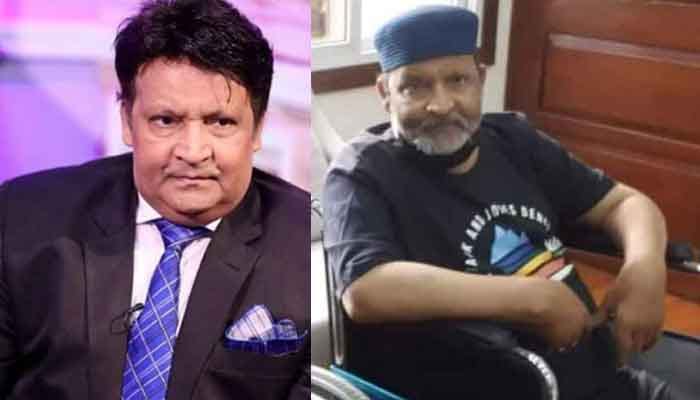 Umer Sharif’s health deteriorated on Sunday, just hours before he was about to leave for the United States, and he was transferred to a private hospital’s ICU. Doctors said the next 48 hours are critical for his health, so his departure has been postponed.

Dr Tariq Shahab, the husband of Pakistani actress Reema Khan and the man in charge of Sharif’s treatment in the United States, told that the actor’s blood pressure dropped during dialysis. He stated that Sharif was transferred to the intensive care unit after his condition deteriorated, and that the actor was unable to travel for an extended period of time. Shahab stated that any decision regarding Umer Sharif’s departure to the United States would be made after his condition was assessed. He stated that the patient’s condition had been communicated to the air ambulance company. Previously, the ailing comedian was scheduled to fly to the United States for treatment on Monday morning.

The air ambulance was set to arrive at Karachi’s Jinnah International Airport at 11:00 p.m. tonight (Sunday). Sharif’s first wife and two sons were scheduled to fly to the United States on September 28 on a commercial flight. Sharif’s family’s tickets have been reserved by the Health Department.

It is requested to everyone that kindly remember one of the finest comedian Umer sharif in your prayers and pray for his speedy recovery.v

Saima Saleem is the first visually impaired diplomat to speak in the United Nations and Pakistan is super proud of her!

Former captain of Pakistan Inzamam-ul-Haq suffers from a heart attack.