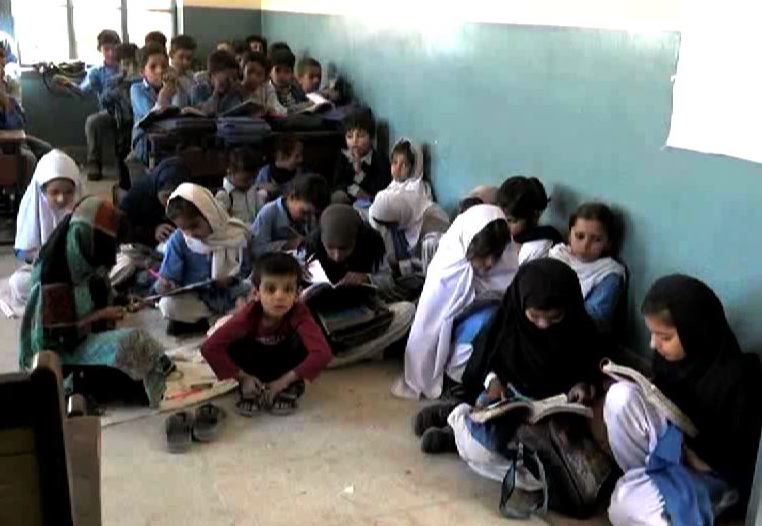 More than 2,000 public schools in Faisalabad are deprived of basic facilities, a report by the Punjab Education Department revealed on Friday.

The schools do not have proper classrooms, washrooms, science laboratories or playgrounds, according to the report.

“Almost 2,490 classrooms and 193 laboratories are yet to be built,” it stated. These schools are just barren buildings. Desks are set up in the grounds and the children are forced to study there under open sky, read the report.

At some schools, students also take classes sitting on the ground instead of on chairs, the report added.

“There’s a water shortage,” 10thgrader at a public school said. “The classrooms do not have proper boards, fans or even ceilings,” he said.

Students and parents have urged the staff to take notice of these conditions and fix them.

“Faisalabad has a greater number of dangerous buildings compared to other cities because of the salty water here,” said Faisalabad District Authority CEO Ali Ahmad Sian. “The previous governments are responsible for not taking notice in time,” he added.

Parents are concerned of the worsening education provided to the students and have demanded that the construction of the schools begin immediately.