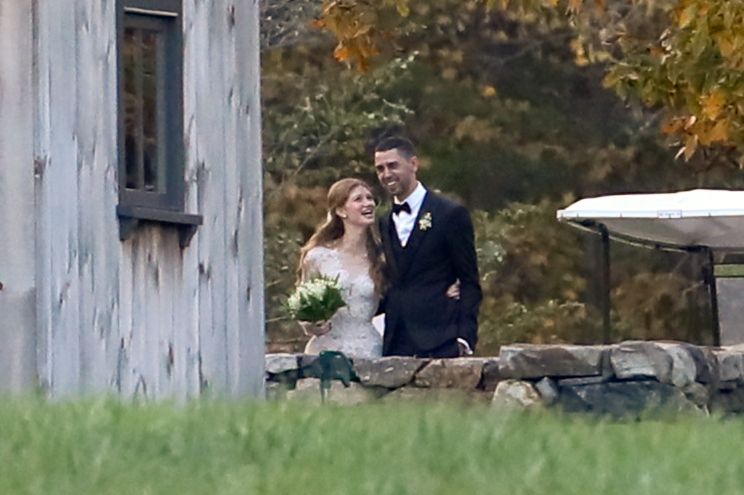 Microsoft heiress Jennifer Gates the eldest daughter of Bill Gates has married Nayel Nassar, 30, during a beautiful ceremony at her home here in Westchester. It was her second set of nuptials of the weekend having previously tied the knot with the Egyptian equestrian in a secret religious Muslim ceremony on Friday night, foreign media reported.

The Microsoft heiress also shared the moment on official Instagram. “Nayel Nassar, you are one of a kind,” she captioned the social media post alongside a photo that showed her engagement ring.

The extravagant two-day event costing an estimated $2 million was orchestrated by famed wedding planner Marcy Blum, whose elite client list includes Kevin Bacon, LeBron James and Billy Joel. At the rehearsal, father of the bride Bill Gates and his daughter could be seen sitting on the outdoor deck of her Westchester mansion with the pair laughing and joking before appearing deep in thought.

Five ladies who call themselves ‘the Sisterhood of the Walking Pants’ strolled by the event, where a loud bandsaw hurt their eardrums. The proud parents of Jennifer could also be seen smiling while wedding photographers took pictures of the occasion.

5 makeup lessons you can learn from Kiara Advani.

Cottage 1902 by Ethnic is surely your place to be for your kids trendy summer this year!