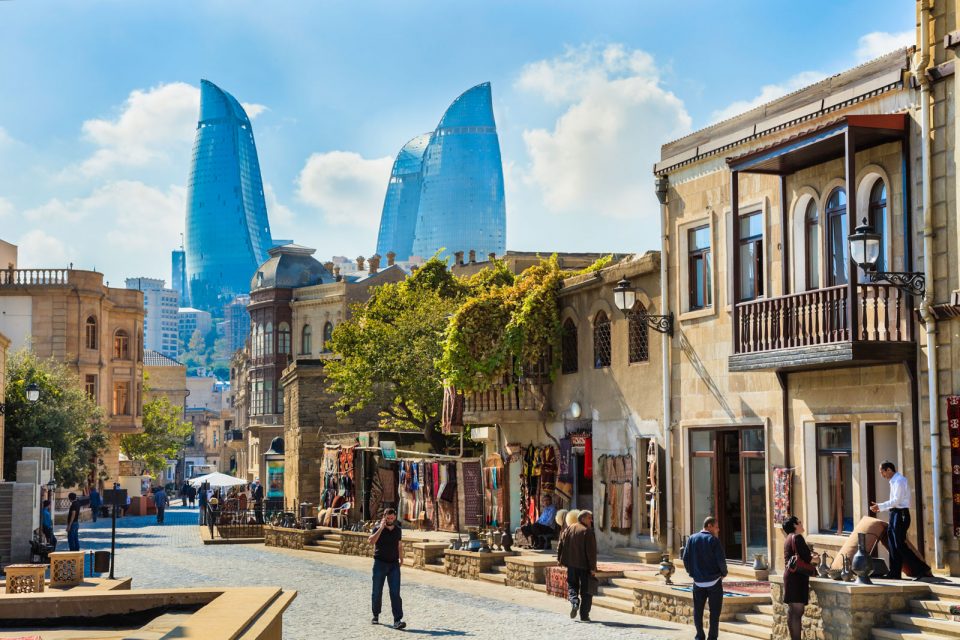 Baku, Azerbaijan’s beautiful city, is deserving of more attention. With a population of 2.2 million people and a 20-kilometer-long coastline, this fascinating city has a lot to offer visitors, from beaches to a cityscape where the old and modern collide. In this post, you’ll learn about the finest locations to visit in Baku and what to do in Baku based on your interests.

Highland Park is, in my view, the most stunning of all the Baku tourist attractions. This park is also known as the “Viewing Square” because it gives the most stunning and magnificent views over the Caspian Sea, the renowned Flame Towers, and the entire city from the top of a long and wide flight of stairs.

The enigmatic UNESCO World Heritage Site of Maiden Tower is the one of Baku’s most renowned locations that I found the most interesting. This monument, which is located in the centre of Icherisheher (the Old City), has been the topic of scientific discussion for decades. The intriguing part is that no one knows for sure when or why the tower was erected, or even how it earned its name.

The Shirvanshahs’ old Palace is one of Baku’s most recognised attractions for a reason: it was declared a gem of Azerbaijani architecture by UNESCO. This palace has a pavilion named Divankhana, a tomb, a mosque that the shah used to visit, burial vaults, and the remnants of a bathhouse. It was built in the 15th century and renovated in 2003.

Walking down this magnificent and wonderfully relaxing avenue is, in fact, one of the greatest things to do in Baku. You’ll be accompanied by a nice sea breeze the entire way, and if you need to rest, you can sit on one of the numerous benches along the road, have a drink at one of the many cafés nearby, or relax on some steps directly by the Caspian Sea’s beach.

Your Heart Will Beat With The Money You Don’t Have…

A staggering article about how blind we can be to other’s feelings!