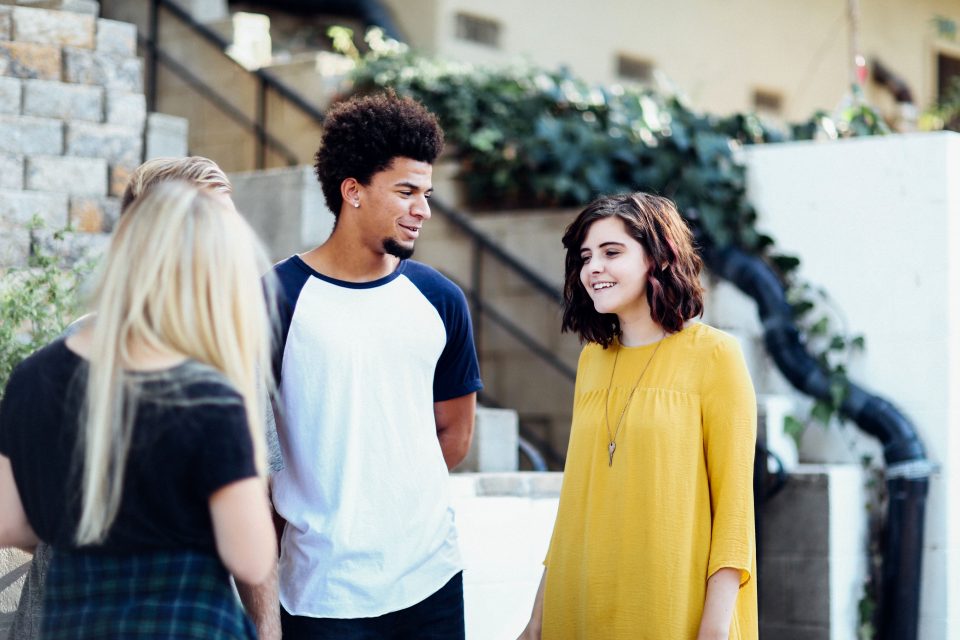 Sharing ideas and experiences isn’t always easy, especially when we don’t agree. When we all meet at the collective table, whether it’s a family get-together or coffee with friends, some disagreement is inevitable. But just because they’re missing something or making a logical leap doesn’t mean you have to fight. Here are a few tips to remember the next time a conversation steers down that road.

1. Start with what you agree on – This is a great way to remember that for the most part, we all have a huge amount of things we agree on. Getting on the common ground makes the minor points a lot easier to keep in perspective.

2. Listen to understand – It may be hard, but the person in front of you has a point; likely a valid one in their mind. So, dismissing their idea or understanding without seeking to know their point of view is a surefire way to lose right from the start. I try to make sure I’m not just waiting until they stop talking to make my own point.

3. Don’t throw out vague facts to support your point – It’s extremely annoying when someone paints a scenario or draws up vague facts to drive their point home. Be sure to speak in know facts, not the grey talking points pushed on your favorite fringe new network.

4. Don’t make conclusions based on emotions – It’s easy to let the conversation get personal, especially when emotions start to flare up. Don’t throw out the person because of their statements or their position, always try to look past the argument at the person back there somewhere.

5. Never value winning the argument more than winning the relationship – With that in mind, never let the need to win overpower the need to keep a relationship alive. Friendships are too valuable to throw out arguing over politics, money, or anything else for that matter.

6. Apologize fast – Now if you do happen to go too far, own it and apologize fast. There’s nothing wrong with admitting fast when you crossed the line. Remember, you can be right, but be fully wrong in how you handled the disagreement. Stay classy and own it.

7. Hug it out – Once things are sorted it’s important to “de-role” and remind yourselves that you were acting as adversaries for a moment, but the bond you have is real and strong enough to sustain misunderstanding.

Indian media: A comedy of errors

United Nations latest report regarding food supply is alarming! Find out why.