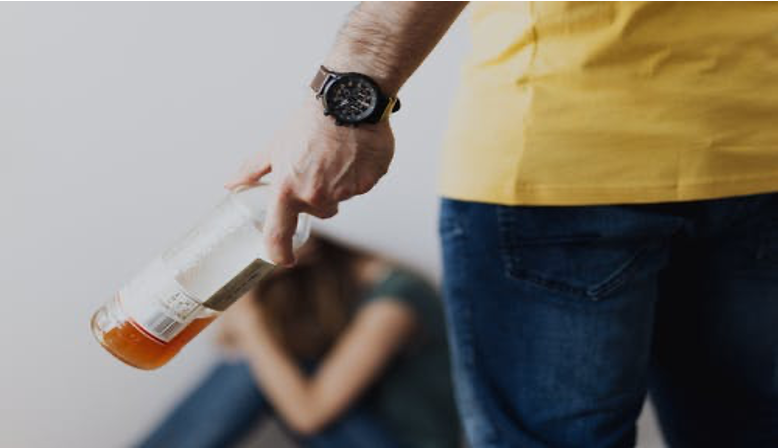 Many issues still blind Pakistani society, preventing it from progressing. The violence perpetrated against women is one of these strands. Daily many women in Pakistan are victims of domestic abuse. It is disheartening to admit that Pakistan is the world’s sixth most dangerous country for women. Men are encouraged not to assert their control over women in our patriarchal society. Many males also feel compelled to exercise such authority and control over their wives to demonstrate that they are “masculine enough.”

Domestic violence can take many forms, including physical, verbal, and psychological. Women have been frequently mocked and insulted by their spouses, brothers, or fathers, who abuse them regularly.

Violence is not only common in Pakistan, but it has also become accepted. The Bureau of Statistics reported it more than half of the women in one region believe it is okay for a husband to beat his wife under certain circumstances. And opinions are similar across the country.

According to studies, some women may encounter domestic violence due to perceived shame and a challenge to masculinity when they work outside the home. However, the psychological trauma caused by abuse that stops women from reaching their complete is more challenging to quantify.

Talking from my personal experience, I have witnessed many cases of domestic violence. It is not only women who work outside who face the misogynistic behavior of men. Women staying at homes, going to schools, universities are the domestic violence victims too. Sit down with any of your female colleague or an acquaintance and ask her what form of violence she has experienced. Believe me when I say that 8 out of 9 people will.

However, the concerned authorities and legislation have passed several policies to discourage behaviors like early marriages, honor killings, sexual harassment, domestic violence. These all the laws were introduced by the female lawmakers. This is a strong statement that women’s political engagement is critical in this issue.

In recent years, we have seen that the government has taken significant steps to eliminate domestic violence. The government has established a helpline, via which women who have been victims of domestic abuse can call government officials and seek assistance and protection from their oppressors.

Honor killings continue to be the most common crimes in predominantly rural areas of Pakistan. It was reported that only 472 cases were addressed back in 2009. Sharmeen Obaid Chinoy, a filmmaker, produced an Oscar-winning documentary called ‘A Girl in the River, about a girl who narrowly avoided being slaughtered in the case of honor. These films and documentaries like these get attention worldwide.

Last week’s heinous incident in Islamabad, Pakistan’s capital, shook the whole country and diverted the attention towards the misogynistic society. Noor Mukadam, a 27-year-old daughter of the former ambassador who served the country honorably, was brutalized at the young man’s home from one of Pakistan’s most influential business families. The police discovered the beheaded body and a blood-soaked individual toying with the head.

Noor was not the only victim of gender violence in Pakistan. Hundreds of cases related to domestic abuse remain uncovered by the media or not reported to the police station. Between 2004 to 2016, 4,734 women were victims of sexual violence, stated White Ribbon Pakistan, an NGO working for women’s rights. According to the media, KP police data reported that more than 1800 domestic violence was reported. In 2018, almost 180 women were murdered at home. In 2019 the number increased to 217. In 2019, 36 women reported domestic violence, which is three times the number record in 2018.

Pakistan’s women rights activist, Mukhtaran Mai, stayed, “Women police stations and other facilities are set up in cities while the majority of the cases take place in villages.” Another notable women’s rights activist, Farzana Bari, says that patriarchal attitudes in Pakistani society cause the problem.

Sherry Rehman, a political body, stated that multiple incidents of violence against women have occurred in the last two weeks. With such incidents occurring, we must address why Pakistan needs a domestic violence bill. She also mentioned Khadija Siddiqi, who was stabbed23 times but whose attacker was granted remission after paying the fine.

These kinds of bills should be passed in the assembly and should be accepted in any case. Implementation of these bills should be monitored thoroughly by the concerned authorities. The situation cannot be put solely on the administration but the entire society must step ahead. Both police and judiciary will have to play actively while dealing with domestic violence cases. We can hope for a better Pakistan that will protect women in the future.

How to stay productive at home during Covid

Why we do love our Cellphones so much

Corona vaccine drive to start off from next week.