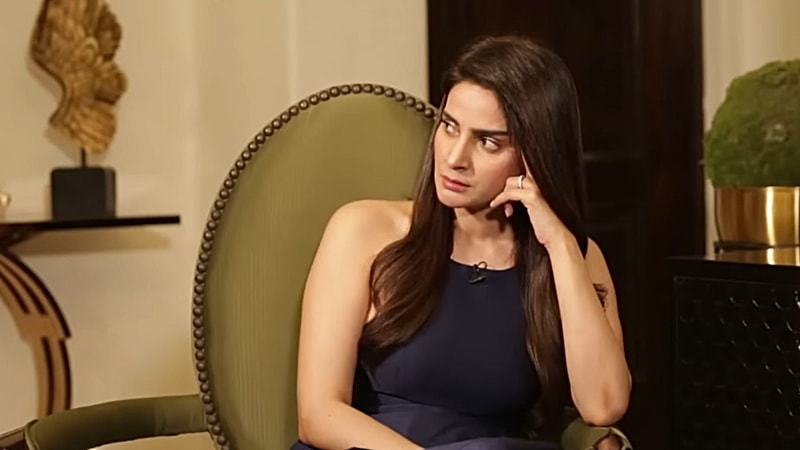 Saba Qamar was previously scared of relationships. She added that those feelings were the talk of the past. Saba mentioned that the lovebirds will get hitched soon while she added that the date has not been finalized yet.

Last year, she called off her marriage with Canada-based Azeem Khan – a blogger and entrepreneur. The actor previously remained in an alleged relationship with actor Hamza Ali Abbasi.

Saba Qamar while revealing about her future plans, mentioned that “Let’s hope for the best. I’m happy to have a person in my life. He lives in abroad but he’s a Muslim Allhamdulillah. I was scared of relationships but now I’m not because of him. Wedding is not finalized yet but we’ll soon get married. It’s my dream to perform Hajj with my partner”.

“I’ll not continue acting after marriage because it will be difficult for me to manage both career and my married life at the same time. I’m such an honest and loyal person that if I had to bid farewell to my career for my partner, I will”, she further added.

Fazila Qazi talks about unpleasant practices of the drama industry

The Torajans and their petrifying culture!